When the sun finally pops its head out from behind the clouds, (for a few minutes at least), bikers head straight for the leathers to get out for a long-awaited ride. The opportunity to whizz around the country roads, taking on the twists and turns and really testing their bikes is a great feeling, especially when the British weather makes such chances few and far between.

But once you’ve got your knee down around the country roads nearby and opened it up a bit on the B roads, you want a new challenge. Bikers are always looking for a challenge and while the majority of us will never be Valentino Rossi or Casey Stoner, and might be motorcycle couriers at best, the chance to ride on a road with stunning views, plenty of grip and free from caravans is one that just cannot be missed.

Over the years I’ve been lucky enough to have travelled into Europe on my CBR 600, and I’ve seen some stunning mountain ranges, gorgeous valleys and, of course, been able to really test the Honda to the fullest. I’ve done the European trips on a few occasions now and I’ve been asked by a lot of friends of friends for my opinion on the best ones out there so they can experience similar trips for themselves. So I sat down on a typical rainy afternoon on my day off, (that I booked off to go for a ride ironically), and wrote down my three favourite roads in Europe that every biker just HAS to experience.

The Cat and Fiddle Run – A537 – Macclesfield to Buxton, UK 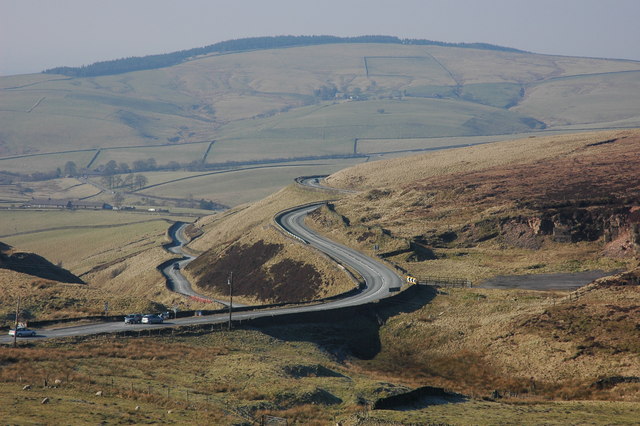 It sounds strange to think that my favourite road in Europe is in the UK, but for sheer experience, the Cat and Fiddle Run has everything. With twists and turns galore and the Cat and Fiddle pub to stop off at and have an orange juice with some of the thousands of bikers who pop in each year, you really can test every part of your bike and ability. Long straights are in short supply but when you can open the throttle you really have to. Then it’s straight back on the brakes for more testing bends. This 11km strip of tarmac has amazing visibility considering its location up in the moors, but once you’ve ridden it once you’ll be going back each year. 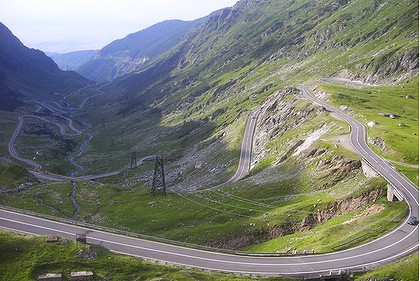 Featured recently by the idiots on Top Gear, The Transfagarasan Highway was dubbed “the best driving road in the world” by that great philosopher Jeremy Clarkson, but believe me, it’s far better on a bike! Running across 35km of Romanian mountains and built at the demand of Ceaucescu, it’s a must-ride in the summer time…because it’s closed during the winter! Beautiful views into the valley, amazing mountains and an undulating road surface that lets you open it up and listen to the engine purr before hauling it in and taking it round the hairpins.

Like most Italian roads, it is filled with tourists during peak summer because the views and the area are so spectacular. Typical for Brits, you finally get away from the caravans clogging up the roads and you get stuck behind them in Italy! Once you’re away from Naples you sweep around the bay which takes your breath away and just gets better and better as you pass locations such as the island of Capri. The longest of my three favourites at 50km in length, you have ups, downs, twists and turns in abundance – so many bends that it’s nickname translates in English to “The Road of a Thousand Bends.”

If you get the opportunity to get out on your bike this summer, or better still get the chance to head off into Europe with friends either for a riding holiday or to go to one of the Superbike or MotoGP rounds, make sure you take a sneaky detour through some of these. It’s worth every second and every scrape on your kneeslider!

This article was written by Matt Rawlings, a freelance writer working on behalf of uShip. Matt is a motorcycle fanatic and has written a number of motoring articles ranging from MotoGP reviews to tips for motorcycle couriers and how to get into that industry.

This entry was posted in Guest Posts, Motorcycle Touring Routes. Bookmark the permalink.

1 Response to The Top Three Biking Roads in Europe