Ducati Diavel – Ducati’s Newest Monster, but not the type you are thinking of! 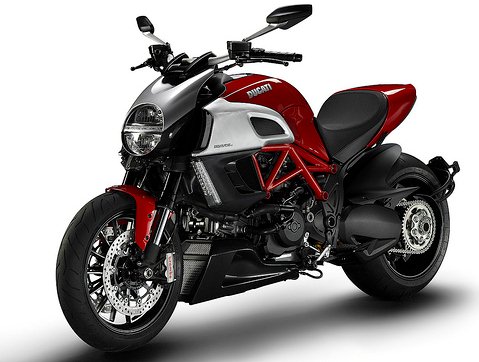 Ducati Diavel – A step in a new direction for Ducati, but is this new Ducati any good or just some kind of monster?

I’ll be honest, as a Ducati enthusiast, I was seriously excited about seeing the new Ducati Diavel. I wasn’t aware they were working on a new bike so when I stumbled across a blog which was “revealing the new Ducati” I was pretty stoked.

When I was about 10 years old, my best friend’s father had a Ducati 916, brand new from the factory. My friend and I would sneak into the garage to look at this beautiful machine and I was jealous that his dad would take him out on the Gower roads on the weekends. To be fair, I was offered a ride but my mother wouldn’t let me. To this day, I believe that the very fact “motorcycles” were so prohibited by my mother, only strengthened my desire to have one. To me, they were and still are, a kind of dangerous animal that you really want to pet even though you know it may rip your arm off just for the hell of it. 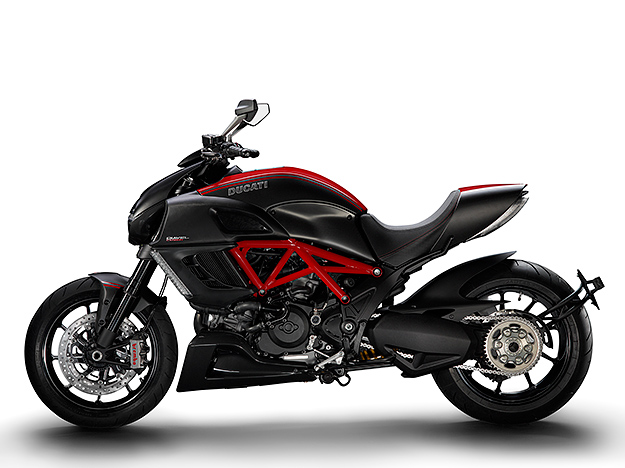 Anyway, to this day, Ducati is my number one choice in motorcycle design, admittedly for all the cliché  “Italian” reasons. I just love their v-twin engines, the slick styling and the animalistic grunt (there I go talking about animals again). Sheer power and torquey sports goodness from the depths of Italy, it’s “show” as well as “go>>>>>>>>>>>”.

Well, on first impressions, and I’m sure most of you will agree with me, I thought, “What the F*ck is that?”.  I dismissed it as a marketing ploy by Ducati to widen their market shair and steal some portion of the “Harley market”. the Ducati Diavel by no means offers a typical Ducati but at the same time, perhaps it is more what they originally wanted to be?

The Ducati Monster, don’t forget, was an attempt to build a “sporty cruiser“. It was also in competition with the “Harley Market”. It was Ducati’s original version of the cruiser. It turned out pretty good and is of course a modern classic, so why are so many of us perplexed at Ducati for trying again? It worked first time round after all.

The Ducati Diavel on first impressions, seems to have lost the “Italian,Passion,Style” cliché which we all associate with Ducati and other Italian brands such as Alfa Romeo. But ask yourself this; Have Ducati, one of the biggest motorcycle companies in the world, done this by accident? I would imagine the answer is a resounding NO. If you don’t like this bike, the chances are, you are already a Ducati fanatic and have owned at least one of their sports bikes at some point in your life. YOU are not the target market for this bike. The people WHO DO love the new Ducati Diavel are probably slightly older guys, who have never even considered buying “an aggressive Ducati super sports bike“, at least, until now. 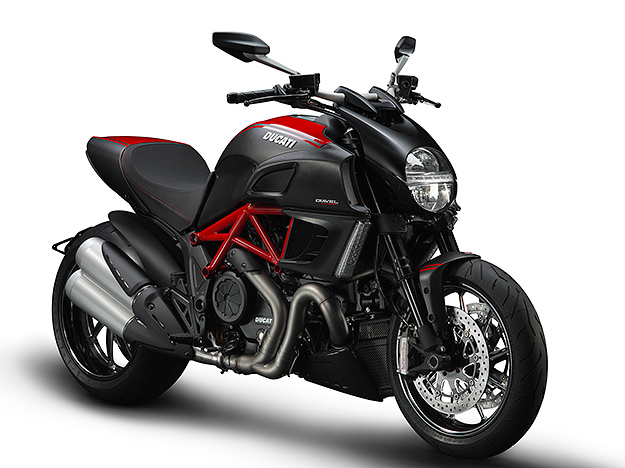 The Ducati Diavel offers comfort rivalled by none of the other Ducati motorcycles, yet still offers a beautifully designed engine. In fact, just enough for the non-Ducati fan to think to him/herself “Perhaps I could try something new”.

This is a big bike and power output is said to be 162HP at 94lb/ft of torque. So yes, this is definitely a Ducati. The suspension is fully adjustable and the front brakes are ABS, 4-piston Brembo Monoblocs. What’s special about this “Ducati Super Cruiser” is that it only ways around 207kg. That’s only 15kg heavier than the Ducati Multistrada 1200 S Touring but a womping 27Kg less than it’s competitive counterpart, The Harley Sportster 883.

To sum up, this is clearly not a “Ducati fanatics” Ducati. If however, you look at this bike, without comparing it to the rest of the Ducati range, you will see it for what it is. A modern day take on the cruiser bike, big, powerful and comfortable.

Have you ridden a Ducati Diavel? Let us know what you think!

1 Response to Ducati Diavel – Ducati’s Newest Monster, but not the type you are thinking of!